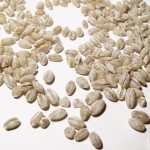 Are you trying to eat more whole grains but want an alternative to whole wheat? Are you trying to lower your blood cholesterol or blood sugar levels? You will be happy to know that barley can be a delicious and nutritious addition to your menu.

There are three main types of barley:

Here are some ways to include barley in your diet:

Barley can be a tasty and versatile addition to any menu. Choose the hulless barley whenever possible for the greatest health benefits. For more information on using barley, contact your local Public Health Nutritionist. If you cannot find hulless barley flour or rolled hulless barley locally, you can order it from Golden Grains Farm in Dinsmore, (306) 846-4722.