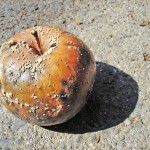 “Classroom Closes After Black Mould Found in School” was the headline in a recent Saskatoon StarPhoenix. A teacher who worked full time in this room reported feeling ill and believed symptoms resulted from working in this room. The Board of Education replaced sections of the wall, floor and carpet.

Most moulds are harmless and are more an annoyance than a danger, but some can be dangerous. “If we all run out screaming every time we hear about a mouldy building, it won’t help any. We have to keep our heads and know what we’re dealing with,” says Don Figley, Figley Consulting Associates Ltd.

Moulds are growths of minute fungi forming on plants, food or animal matter. They are found everywhere – indoors and outdoors. They are commonly a furry growth associated with the decay of matter. Mould growth can be seen in the form of discolouration ranging from white to orange, red, green, brown, and black. A musty smell is often present. Most of the time most of the moulds are not dangerous, just offensive.

Are moulds good or bad?

Moulds can fall into either category. Some moulds are used to make many desired consumer products such as antibiotics, cheeses and beverages. Some moulds, if contamination is extensive, can cause allergic reactions, asthma episodes, infections and other respiratory problems. Exposure to high mould spore (seed) levels can cause development of allergies.

What does mould need to grow?

These conditions are commonly found in basements, kitchens or bathrooms.

What should I do with mouldy food?

Where do moulds like to grow in a building?

Moulds can also cause buildings to decay or dry rot which can result in extensive maintenance problems and costs.

How am I exposed to moulds?

Moulds are found everywhere – indoors and outdoors. People are exposed to outdoor moulds on a daily basis. Indoors, it is common to find mould spores(seeds) in the air of buildings and growing on damp surfaces. These indoor moulds can cause health problems when they are in the air and in large quantities.

Who is at greater risk when exposed to moulds?

Even if you are not sensitive to moulds, no one likes them as they smelly, dirty, slimy, ugly and just plain unhealthy!

What health symptoms are common?

Allergic reactions may be the most common health problem of mold exposure. Symptoms alone or in combination may include:

Are some moulds more dangerous than others?

People vary in their response to both the quantity and type of moulds. In addition, some moulds can produce toxins and can be present in both living and dead mould spores. Materials permeated with mould need to be removed, even after they are disinfected with cleaning solutions.

How can I tell if I have mould in my house?

If you see mould or if there is a musty odour, you can assume you have a mould problem. Look for water damage. Mould likes to grow where there is or has been water or dampness. Speckled or discoloured carpet, wall board or fabric may indicate the presence of mould.

Vacuuming may increase your exposure to mould spores as they can pass through the vacuum filters. Central vacuums that vent outside or ones with HEPA filters can lessen some exposure.

Should I test my home for mould?

Most health districts do not recommend testing as the first step to determine if you have a mould problem. Reliable sampling for mould can be expensive, and require equipment not available to the general public. Home owners may hire a contractor to do the testing. Health districts usually do not include this in their services. Also, there are not reliable standards on which to base what is an acceptable level of mould. The level that might have an effect on some people may not affect others.

What can I save? What should be tossed out?

Anything that is porous such as cloth, wood, paper, wallboard, carpet should be discarded. Things that are glass or metal can be saved after they are disinfected.

Spores are easily released when mouldy material is dried out. After fixing the moisture source, cleanup can begin:

What do I do with mouldy household items?

After I’ve cleaned everything as thoroughly as possible, can I still have mould odours?

Yes, mould odours can persist. Continue to dry out the area and search for more hidden mould. If the smell continues, you may have to re-clean the area. Be sure to ventilate the area. Ensure the area is dry before replacing flooring or rebuilding.

What can I do to lessen the chances of mould forming in the house?