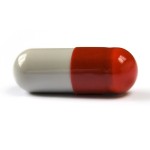 These days there seems to be medicine to treat every ailment. Did you know that the foods we eat could affect how medicine works in our bodies? For example, vitamin K interacts with medications that thin the blood, such as Coumadin (Warfarin).

Vitamin K is needed to help the body make blood clots. Without this vitamin, we would bleed to death. However, some people’s bodies produce too many blood clots, which can lead to a heart attack or stroke. These people must use drugs such as Coumadin (Warfarin) to thin the blood to decrease the amount of clotting that occurs. People taking these medications must be aware of the amounts of vitamin K containing foods that they eat and should consult with a registered dietitian, a pharmacist or their physician.

This does not mean that foods that contain vitamin K should not be eaten. Recently, studies have shown that vitamin K is needed, along with calcium and vitamin D, for making and keeping our bones strong. Our bodies do not make enough vitamin K on their own to keep our bones healthy, so it is important to consume sources that are found in foods.

Here are some suggestions regarding vitamin K intake for people taking Coumadin (Warfarin):

It is clear that vitamin K, like many other vitamins and nutrients, has an important role in keeping our bodies running smoothly. It is also clear that when taking any medications, it is important to check with your doctor, pharmacist or dietitian about any possible drug-nutrient interactions.

“Advice to Patients on Warfarin on Vitamin K Intake,” Nutrition and the M.D., March 2002.