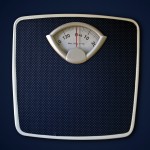 In a society where it is taboo to discriminate against someone for gender, race or religion, discrimination based on body shape and size is all too common and often is not recognized as a form of prejudice.

Weight bias can happen anywhere, including workplaces, healthcare settings, and schools. Examples of weight bias in the workplace are not being hired because of weight or being fired for not losing weight. Studies show that obese people have lower rates of employment and earn less than non-overweight people.

In healthcare, clients may experience weight bias when they are not provided with appropriate sized medical gowns, chairs, blood pressure cuffs, etc. Another example of weight bias is when overweight clients are told, or are made to feel as though their health concerns are a result of their weight. As a result, overweight patients may not seek medical care.

Studies show that in schools, students are more likely to choose not to be friends with overweight classmates. Classmates may see obese children as lazy, stupid, ugly, mean, and unhappy with them. These attitudes may begin in pre-school and can get worse as children grow up. As a result, obese elementary school children miss more days of school than non-obese children. Obese children who are treated poorly by their classmates are more likely to suffer from depression, low self-esteem, poor body image, and suicidal thoughts. As well, they are more likely to have unhealthy eating habits and avoid physical activity.

What can be done to reduce weight bias?

Like all other forms of prejudice, weight bias should never be tolerated. Everyone can play their part by taking a stand against unfair treatment of people based on weight.