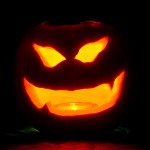 Many teachers and parents too, believe there’s a marked difference in children’s behavior on those days immediately following Halloween. More often than not, sugar shoulders the blame for children’s excited behavior and difficulty in concentrating on schoolwork. This behavior, loosely referred to as “hyperactivity”, is often attributed to the fact that children have an increase in sugar consumption from eating their newly collected Halloween candy.

However, as one review of the research literature on this issue concluded, “occasional behavioral reactions to sugar may be possible, but until research proves otherwise, the idea that sugar alone directly affects behavior adversely in most healthy children or adults has been all but ruled out.”

Research on hyperactivity has come along way in the last twenty years, as well. Hyperactivity is a diagnosed behavior characterized by inattention, impulsivity and high levels of motor activity. True hyperactivity, officially called “attention deficit hyperactivity disorder” is one kind of learning disability, which occurs in 5-10% of young school-aged children. It is simply not correct to label a child as hyperactive just because they’re excited and restless after a night of trick or treating.

Common sense says that all children will, at times, get excitable and rambunctious, and there’s no doubt that parents and teachers will once again have to deal with the “Halloween effect”. While there are no magical answers, unruly behavior may be minimized by parents insisting that children get regular hours of sleep, regular mealtimes, and regular exercise combined with meeting nutritional needs from healthy food choices.